At school students have a chance to talk about their thoughts to coaches and explore life relevant topics during Global Citizenship. If your child is missing this aspect of learning this website has lots of tips from worries to sleep to body shape. https://t.co/7uOO82ceMX

Come and join our amazing Inclusion Team in this fantastic opportunity as a Teaching Assistant. To find out more and apply online, visit https://t.co/MwZEqBKBnp

Still time to apply! Come and join our fantastic team as Head of SEND @GLFjobs https://t.co/T2OEpVz8z8 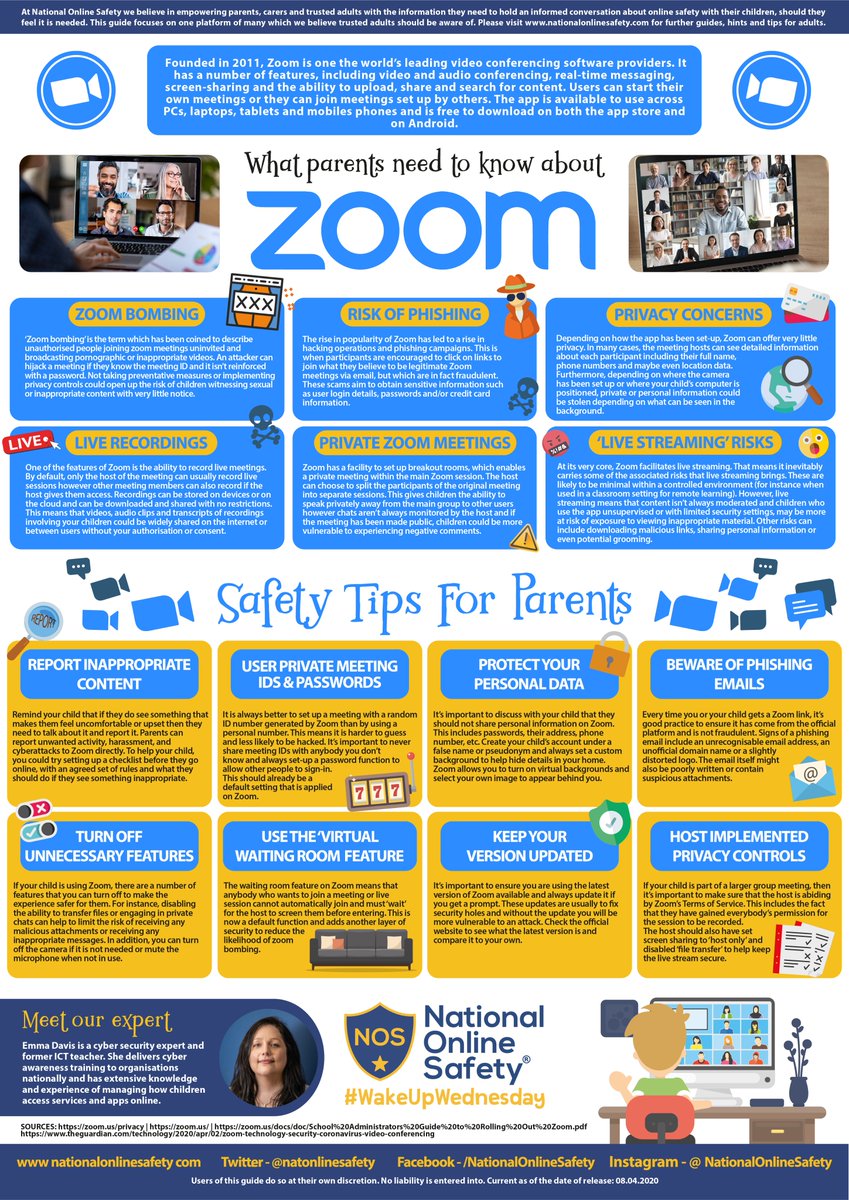 For as long as schools are closed, Amazon Audible Stories are offering kids free streaming of stories for all ages. Tweens, teens and all types of stories included! No need to be bored at home! https://t.co/JcDMjLMZ1u

For the kindness competition, we would like you to design a poster which shows us what kindness means to you. Please submit this by 13th April to the media@aureusschool.org email address. 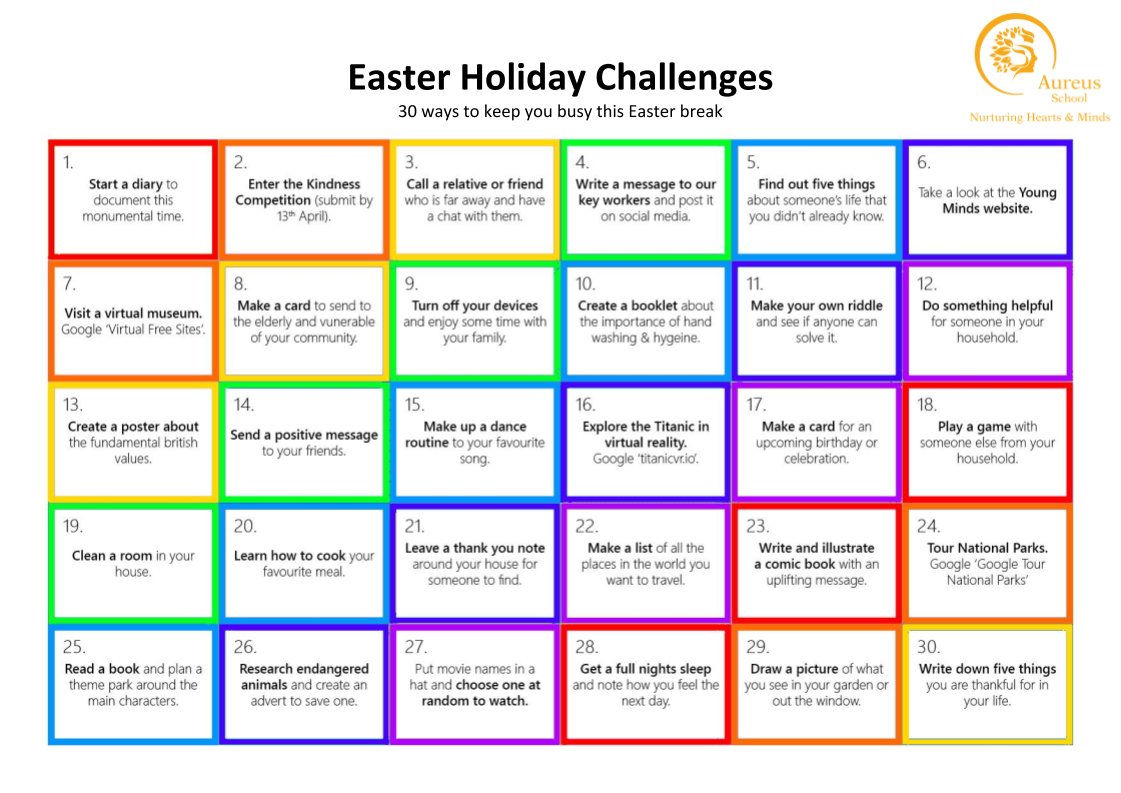 Here are some great ways to keep occupied this Easter holiday! https://t.co/zpZMBNgVMs

Due to the sad news about the death of performer Bill Withers, we are challenging all faculty members to come up with their own version of the Hawking faculty song ‘Lean on Me’ (solo or a group performance) Please send any videos to media@aureusschool.org https://t.co/JNHzHiC7BX 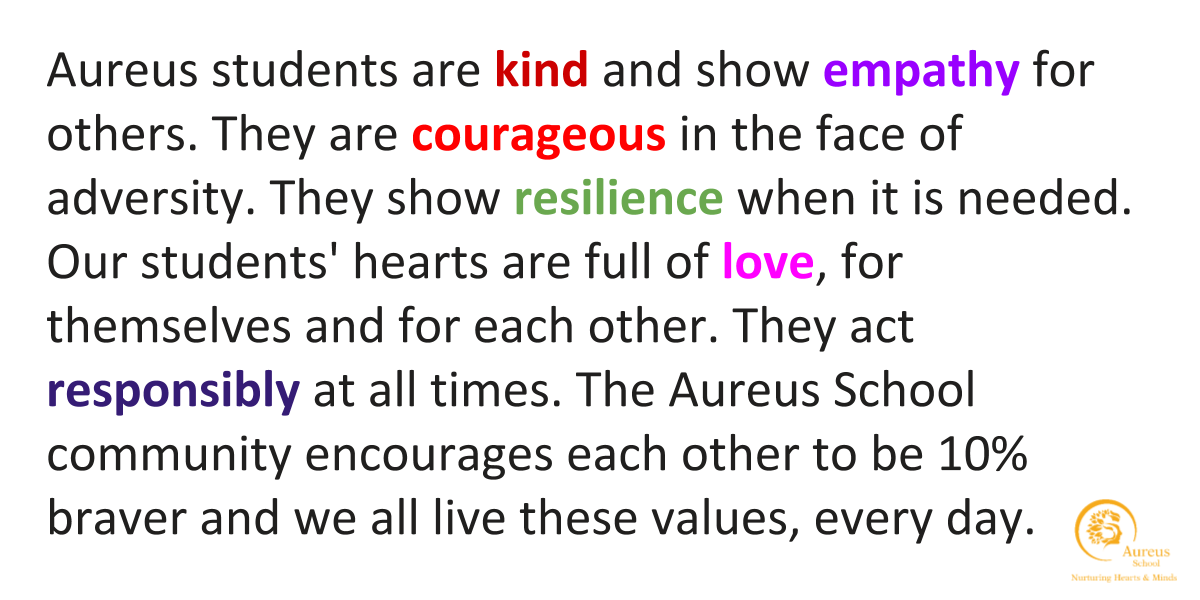 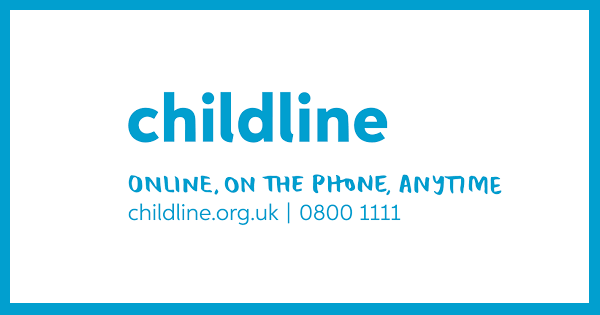 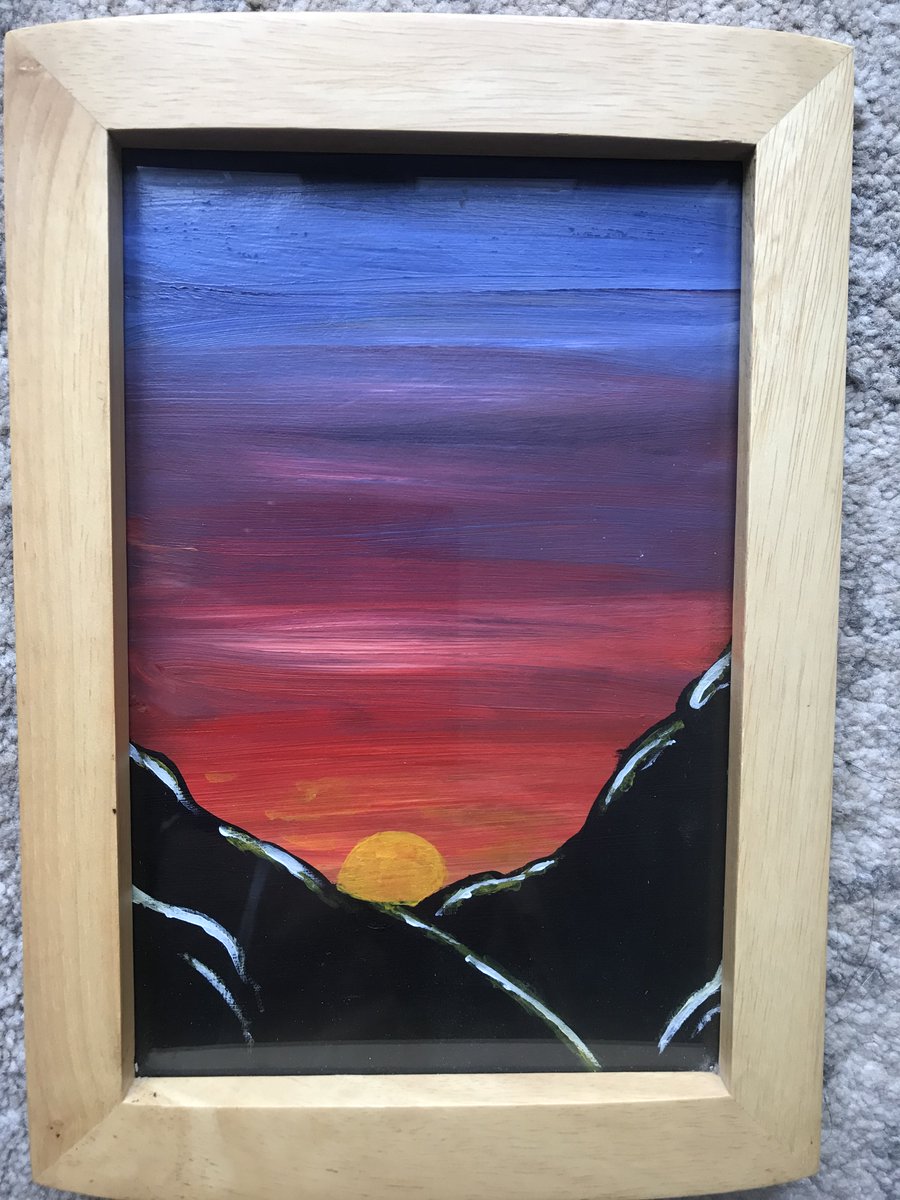 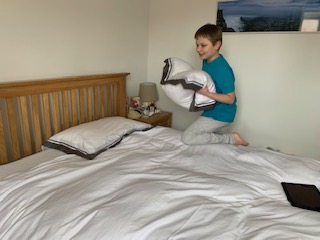 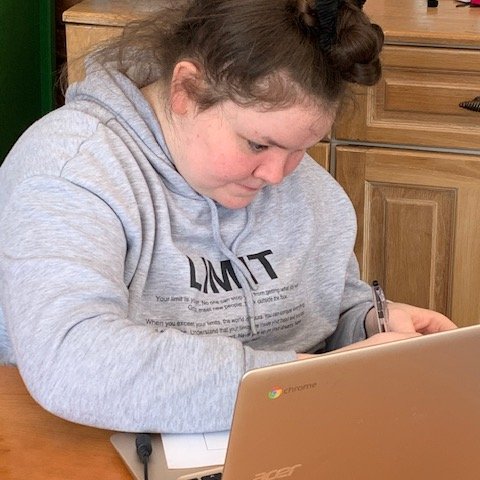 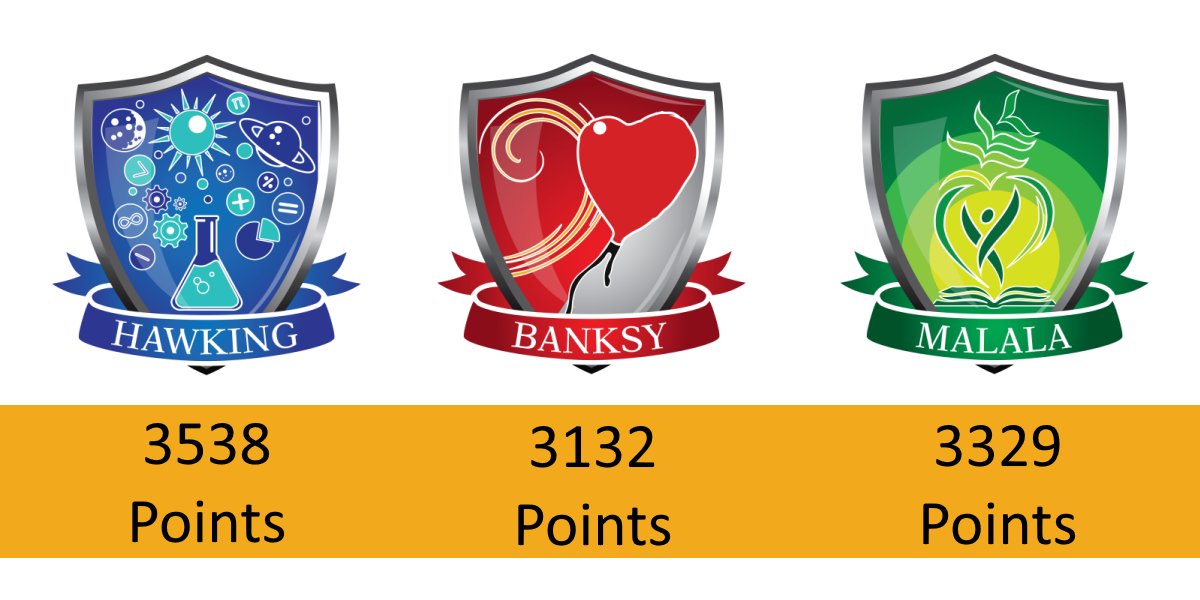 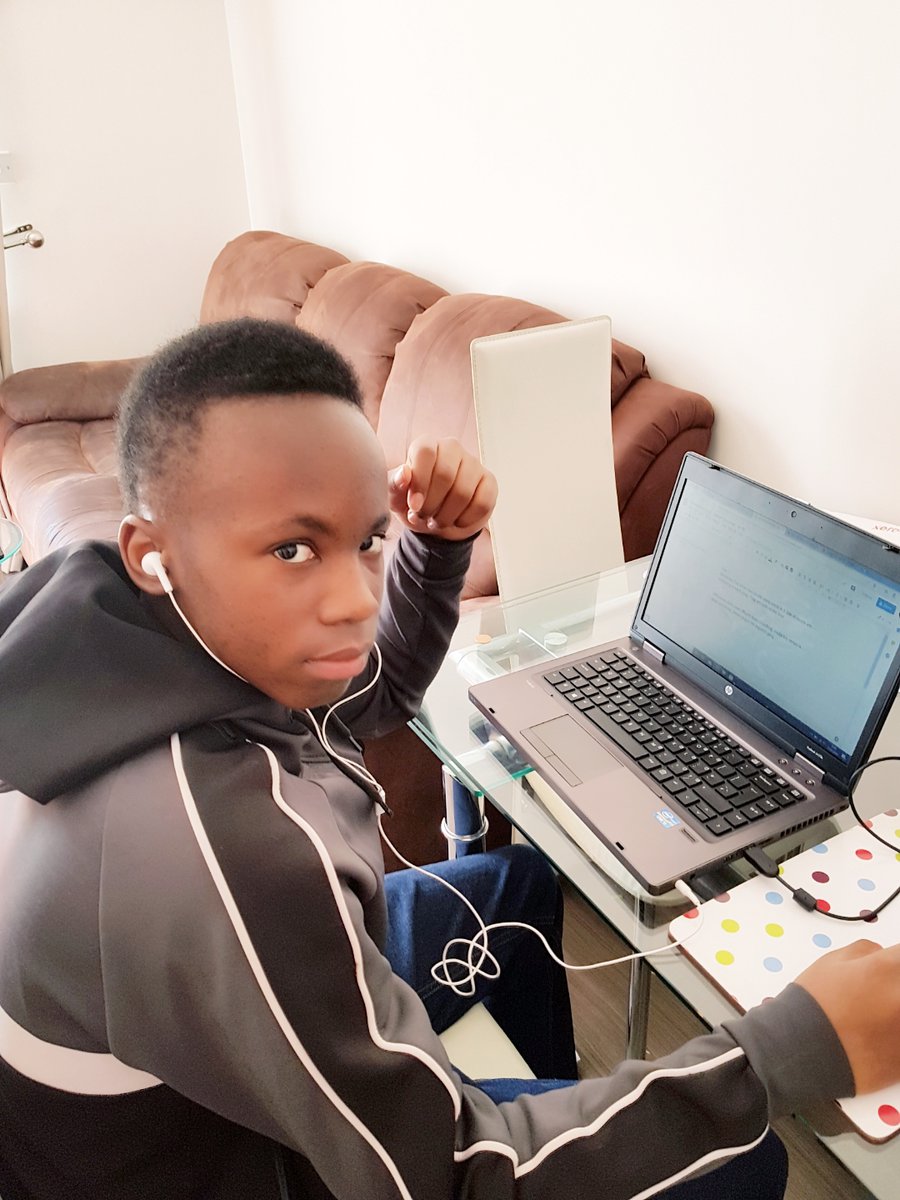 Students and staff at the new Didcot secondary school headed towards the end of term with celebrations marking a major milestone since first opening in September.

The Aureus School held an afternoon of special events yesterday (Tuesday, March 27) to mark 200 days since it opened its doors for the first time. Tours and afternoon tea allowed guests to take a look at the new facilities enjoyed by both the school and the wider community. An original celebration planned to mark the school’s first 100 days had to be postponed due to snow in December.

“We have all been looking forward to our official opening and everyone has worked really hard to contribute to our history which is very much in the making! Our Aureus community are very proud of our school, and everything we have achieved in our first two terms. The students who lead the opening ceremony embody everything we stand for as educators. The feedback from our guests was overwhelmingly positive as they recognised our vision, our values and our forward-thinking approach,” said Executive Headteacher Hannah Wilson.

Among the 120 invited guests was William Darley, a local resident who found the Aureus gold coins the school is named after, with his metal detector.

The school opened with its first intake of Year 7 students and will continue to grow in numbers each year with 240 expected in 2018. It was commissioned by Oxfordshire County Council and has been designated a STEM school (Science, Technology, Engineering and Maths) but has become a STEAM school to reflect that the Arts at the Heart of their culture and ethos. Since opening the school has already engaged in a number of collaborative partnerships with local artists to create installations for the impressive building.

“We believe that the arts are an integral part of the holistic development of the whole child,” said Ms Wilson, who added that Tuesday’s guests had been impressed by the school.

The Thrive and Sensory Rooms were officially opened as part of the opening ceremony by Dr Neil Hawkes, founder of the Values based Education movement.

Dr Hawkes, a former Oxfordshire Headteacher commented: “I was so moved to be there and to experience the energy and creativity that you have established at Aureus.  I am proud to name it as an example of how the profession can develop a values-based school”.

The school, a member of the multi-academy GLF Trust, has an artist in residence, a community art gallery, art therapy room and holds termly creativity days and weekly STEAM careers assemblies. The school’s values- led culture and ethos includes a ‘family dining’ experience for students.

“Our holistic approach at Aureus includes values-led leadership, values-based education and a wellbeing programme that develops mindfulness strategies,” said Ms Wilson, who is also executive head teacher of the new Aureus Primary School which is due to open for pupils in September.

Click here to view our photos from the event